To witness the world through the many unfolding “economic miracles” is to behold dreamworlds and catastrophes all at once. Initially tied to the post-war phenomenon of wirtschaftswunder – the dramatic pace of economic recovery in West Germany – the seductive idea of “economic miracle” captured the imagination of policymakers especially across the old third world. From the “miracle on the Han river” in South Korea, the “East Asian miracle,” the South East Asian “tiger economies” to the “Chilean miracle” and the “Singapore model,” the many iterations of the capitalist growth story have appeared in the post-war world. The idea was replayed once again at the turn of the millennium, this time as the attention-grabbing ascendance of the Asian giants – China and India – the promise of a rising Africa or the formation of the BRICS – Brazil, Russia, India, China, South Africa – as players in the theater of the world economy.  What is common to this phenomenon across time and space is the faith the elite policymakers and the middle class put in the miraculous power of free-market capitalism to bring progress and prosperity, a chance to harness the futures. Yet, what has been revealed too in the past decades is the underbelly of the economic miracle, the slow devastation that coheres growth and greater inequality, accumulation and dispossession, populist sweep of authoritarianism, and violent suppression of democratic dissent.

This special issue invites contributions that critically trace the utopias/dystopias of economic miracles. To this end, we seek to unpack the kind of work the idea of “miracle” performs in the domain of economy. To believe in a miracle is to be in awe, to witness something happen that is conceptually deemed impossible—for example, the incredibly high rates of growth and low rates of inflation of the economic miracle orchestrated by Brazil’s military dictatorship. This sense of the miraculous is what is invoked to denote the wonder of economic growth, to reassign nations and world areas that were once deemed to be “lagging behind” as emerging markets filled with promise and possibilities. The term “economic miracle” is, then, intricately tied with manifold crises of poverty and destruction in times of peace and war. This historical dialectic between ruins and reconstruction, decline and emergence remains at the heart of this phenomenon.

The suggested themes include the following but are not limited to:

The RHR publishes material in a variety of forms. Potential contributors are encouraged to look at recent issues for examples of both conventional and non-conventional forms of scholarship. We encourage contributions with strong visual content. In addition to monographic articles based on archival research, we encourage submissions to our various departments, including:

By May 1, 2023 please submit a 1-2 page abstract summarizing the article you wish to submit as an attachment to contactrhr@gmail.com with “Issue 151 Abstract Submission” in the subject line. Please send any images as low-resolution digital files embedded in a Word document along with the text. If chosen for publication, you will need to send high-resolution image files and secure permission to reprint all images.

By June 15, 2023, authors will be notified whether they should submit a full version of their article for peer review. The due date for completed articles will be October 1, 2023. Those articles selected for publication after the peer review process will be included in issue 151of the Radical History Review, scheduled to appear in January, 2025. 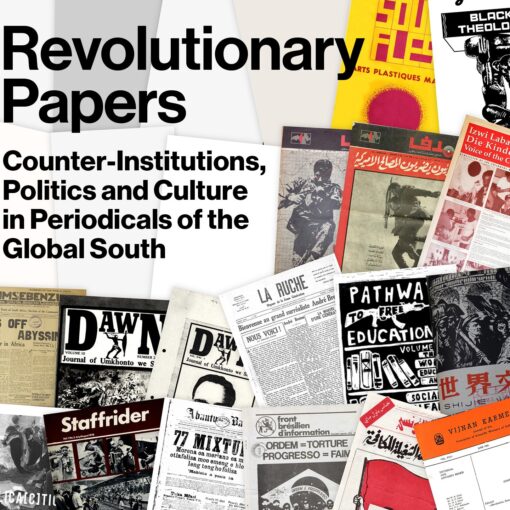