Counter-editorial: Bad Bunny is queer to me. 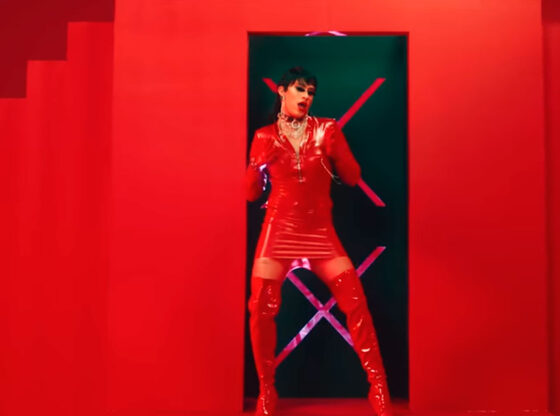 Video still of Bad Bunny in "Yo Perreo Sola."
The Abusable Past |

It’s not a particularly unique or powerful lyric. And yet I sing along to it just a little bit louder every time I hear that clapback. The urban Latino artist known as Bad Bunny (born Benito Martínez Ocasio) finds subtle and not-so-subtle ways in his suggestive lyrics to empower his listeners.

In this song about resisting a toxic lover, he recognizes that her late-night booty call will give him little joy other than temporary carnal pleasure. He’s erased this woman from his Snapchat, Facebook, Instagram, and life. We end the song saying deuces and perhaps feeling a little bit better about those times we stare at that post-midnight text message we received from whats-their-name with both temptation and cynicism. Girl, we’ve all been there.

Bad Bunny is no stranger to queer. Or to queers. Why should we be invested in finding a way to authenticate him as a “queer icon,” as fellow Puerto Rican singer Ricky Martin called him? It feels like a losing battle where we diminish and upend the playfulness, complexity, and radical nature of queerness.

An article written by André Wheeler in The Guardian posed: “Bad Bunny: does a straight man deserve to be called a ‘queer icon?’” The article, and the questions it posed, is not entirely anomalous.

I was intrigued by the premise of the question because, in no small part, it reduces queerness to a sexual identity. It also seems limited in the radical potential and political roots of reggaeton, trap, and other musical forms Bad Bunny knows well.

I don’t mean to quibble over semantics with the writer or publication. Its major point, that highlighting cisgender, heterosexual artists for transgressing gender and sexual norms without addressing the marginalization or the important work of queer and transgender artists, is indeed problematic. In this way, the piece engages important questions and concludes with what I think is a productive point: “This is not to say straight male artists should never again wear heels, or paint their nails, or speak out about issues important to their LGBTQ fans. But maybe we should reassess how we react when they do.”

But I want to turn our attention to that last point: our reactions. In this linear alignment of queer, Bad Bunny stands trial in opposition to his self-identified straightness, even as he noted that it “does not define” him. In asking these questions, we implore him—and so many others—to define himself through his sexual desires.

He has a girlfriend? Forget about it! Through a logic and language of identity politics, his subversion of gender, sexuality, and respectability are somehow rendered less authentic or legible to us all.

The major issue here is that “queer” stands in for LGBTQ somehow, and it reduces his cultural work as somehow about LGBTQ rights and representation. This particular view largely took shape after he dressed in drag for his latest hit single “Yo Perreo Sola.”

I admit it: I stan. I shared my enthusiasm with several friends the day he released that video and watched it on repeat. Perhaps he had, like I and so many of us have done, practiced this drag routine in or out of the shower (or beyond, certainly) by throwing whatever makeshift cloths we found over our heads to give an illusion of gender difference. Or maybe he hadn’t. Either way, he wore those heels in drag as he rapped about a woman who calls him papi and who he describes as a borracha (drunk) acting loca (crazy/wild). For many a loca, which incidentally can also mean something akin to queer, we stan.

The appeal of challenging Bad Bunny as a “queer icon” is most compelling if we accept his queerness as somehow new and as being entirely constrained to rights-based or identity-based movements and culture. In this way, he becomes an ally of LGBTQ people. It also is especially intoxicating if we accept his work in opposition to a Latinx and Latin American and Caribbean cultural landscape often described through tired narratives of machismo.

Another possible disconnect here is that this argument against seeing him as a “queer icon” only works if we accept a chronology of Bad Bunny as newly queer. He’s not. The piece notes, “At the same time, his development as a liberated, LGBTQ ally is still in its infancy.”

To whom has he recently become an ally, however? The mainstream perhaps, but not for many Latinx and Latin American and Caribbean audiences, who have appreciated his artistry long before he took to wearing those thigh-high heeled latex leather boots or sought to raise awareness against the murder of a Puerto Rican trans woman named Alexa Negrón Luciano on the Jimmy Fallon Show.

Lest we forget that in summer of 2019 Bad Bunny joined ongoing efforts in the #RickyRenuncia movement. It ultimately ousted Puerto Rico’s corrupt governor Ricardo Rosselló, whose actions and inactions inflicted serious harm on those on the island, especially in the aftermath of devastating natural disasters there. Incidentally, the governor had also been exposed for making sexist and homophobic remarks. When Bad Bunny joined thousands of others who took to the streets and demanded change, it was undoubtedly queer too.

In bringing the arguments of the original editorial and this counter-editorial closer together, I’d like to stress how queer and feminist organizers and collectives rooted in anticolonial work were at the forefront of this movement to oust Rosselló and help bring about greater social and political change. In a strange turn of events, Bad Bunny and fellow Puerto Rican male artist Residente managed to use their influence to seduce their way into convening a meeting with the governor at 2am one summer night. They discussed some of the pressing issues queer and feminist activists, including those belonging to the Colectiva Feminista en Construcción, had been demanding on the streets for a long time. Those queer and feminist activists, however, were not given a seat at the table and many viewed the governor’s impromptu meeting with the male rappers as emblematic of the government’s systemic patriarchy and homophobia.

Bad Bunny did not lead these efforts. Queer and feminist activists did, and Bad Bunny and other high-profile artists joined them. Indeed, as Wheeler suggests, we must elevate the voices of queer and trans people and feminists—especially those of color—who often risk much more in doing this deeply political and important work with less resources available to them.

At the same time, we should liberate ourselves from viewing queerness as a stand-in for sexual identity, and resist understandings of Latinx culture as unilaterally homophobic, imbued with toxic masculinity, and devoid of queerness. Certainly, there is evidence of those things, but there is also much that challenges it, both today and historically. Turn on any telenovela (which are often parodied in English comedy bits because of their inherent queerness) or any episode of Sabado Gigante and try to convince me you are not witnessing a genderfuck paradise that only takes hold if we abandon, even just temporarily, rigid definitions and categorizations.

Julio Capó, Jr. is associate professor of History and Deputy Director of the Wolfsonian Public Humanities Lab at Florida International University in Miami. He is the author of the award-winning Welcome to Fairyland: Queer Miami before 1940 (UNC Press, 2017) and the curator of the Queer Miami: A History of LGBTQ Communities exhibition at HistoryMiami Museum. A former journalist, he has published in Time, Miami Herald, the Washington Post, and other media outlets.

Working During COVID-19: Occupational Hazards and Workers’ Right to a Safe Workplace
Reading Towards Abolition: A Reading List on Policing, Rebellion, and the Criminalization of Blackness