Editorial Suggestions for Tom Cotton’s “Send In the Troops” 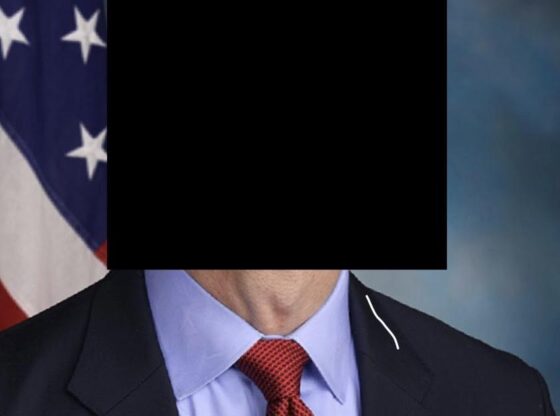 Like many of you, the Abusable Past wondered how the New York Times decided to publish Tom Cotton’s editorial advocating the use of military force to quell protest in our current moment. In the absence of any legitimate historical record, our author imagines an exchange between the Times’s editorial staff and the Senator.

The editorial staff at the New York Times appreciates you sending us your op-ed for publication in our failing newspaper. As members of the fake news media, we are always eager to include the voices of elected officials who spend the majority of their days discrediting every dimension of our reporting. Thanks, Tom!

We do have some suggestions for tightening up your piece. While you do an effective job of placing yourself at the center of a revolutionary moment that has absolutely nothing to do with you, it is always helpful to think about how we might improve the ratio when we tweet out your article. With that in mind, we offer some suggestions that you are encouraged to disregard since we all know we will publish whatever garbage you send us in order to make ourselves appear unbiased. Nothing could be more destructive in this moment than taking a position! Anyway, on to our suggestions.

First, you seem to be playing a little fast and loose with history. Your opening paragraph references the “anarchy” currently playing out in cities including New York. This recalls for you the “widespread violence of the 1960s.” It would be helpful for you to specify what violence from the 1960s you are referencing here. Do you mean the 16th Street Baptist Church Bombing in Birmingham, Alabama, which killed four Black girls: Addie Mae Collins, Carole Robertson, Carol Denise McNair, and Cynthia Wesley? Or are you referring to the assassinations of Martin Luther King, Jr., Medgar Evers, Malcolm X, Fred Hampton, and other leaders of the Civil Rights Movement? Perhaps you merely meant to bring attention to the firehoses and police dogs unleashed by Bull Connor in Birmingham, or the firebombing of a busload of Freedom Riders in Anniston? We could go on, but you get the idea. There were so many instances of white Americans violently attacking Black folks in the 1960s that it is important for you to clarify which incidents are weighing heaviest on you at this moment.

Second, while we at the Times appreciate colorful language, we worry that your picaresque descriptions of the protests might make them seem more subversive than the both-sides piece we were envisioning. For example, you mention that “the riots were carnivals for the thrill-seeking rich as well as other criminal elements.” While we are certain that our Antifa readers will absolutely agree that the rich represent a distinctly criminal element, it might be best for you to suppress that fact in order to make clear that you are specifically referring here to George Soros.

Third, while we at the Grey Lady applaud you peppering your piece with hot links to trendy articles such as Tom Wolfe’s “Radical Chic: That Party at Lenny’s,” truly one of the most hep pieces of writing to come out a half-century ago, we are less confident that your endless descriptions of protesters using terminology our great-grandparents used to dismiss fans of the Beatles will persuade the younger subscribers we so desperately need. Your “bands of miscreants,” “nihilist criminals,” and “chic salons,” for example, sound like they might be worth an Insta follow. We are worried that much of what you write about here will work against your main goal, which is to undermine the protesters seeking justice and systemic change in the wake of Black people continuously being murdered at the hands of police. When you referred to an “orgy of violence,” for example, some of our interns asked us for an address. Not the message we want to send.

Finally, we have some concerns about your final paragraph, in which you write, “The American people aren’t blind to injustices in our society, but they know that the most basic responsibility of government is to maintain public order and safety.” This certainly does a good job summarizing the rest of your op-ed, in which you argue much more vigorously for the use of force against protesters than you do for protecting Black lives (you refer in passing to George Floyd’s death as “wrongful,” and we agree that phoning in a one-word gesture of concern is essential to not fully outing yourself as a white supremacist). Our worry is that suggesting Americans care about injustice undermines your own logic. Fully seeing and appreciating injustice, precisely the kind of injustice that led to the deaths of George Floyd, Breonna Taylor, Ahmaud Arbery, Tony McDade, Dion Johnson, Eric Garner, Michael Brown, Trayvon Martin, Walter Scott, Jerame Reid, Sean Bell, Freddie Gray, Aiyana Jones, Sandra Bland, John Crawford…

You know what? Forget it. We can’t do this. Black people are dying, protests are blooming, young people are rising up, injustice is being exposed, structural change is being demanded, systemic racism is being named. You don’t really need our help to write something so transparently cynical that it will do nothing but charge up your base and get us some clicks. The cities are sparkling in the light today, and people are marching in the streets. We will publish your op-ed, Tom. You can sleep better tonight knowing that you won, and that we did our due diligence in refusing to take a principled stance on the most significant uprising of our generation. We wish you all the best in your re-election. Don’t forget to ask Trump to retweet your article. Maybe all we really want is to feel relevant while history passes us by.

See? We really are the same.

Aaron Lecklider is associate professor and Department Chair of American Studies at the University of Massachusetts Boston. He is the author of Inventing the Egghead: The Battle over Brainpower in American Culture (University of Pennsylvania Press, 2013) and the forthcoming “Love’s Next Meeting: Homosexuality and the Left in American Culture” (University of California Press). He has published articles in Slate, Salon, The Huffington Post, and other media outlets.

Against “One Country, Several Systems” : Towards a New History of Taiwan and Hong Kong
Tourist, Death