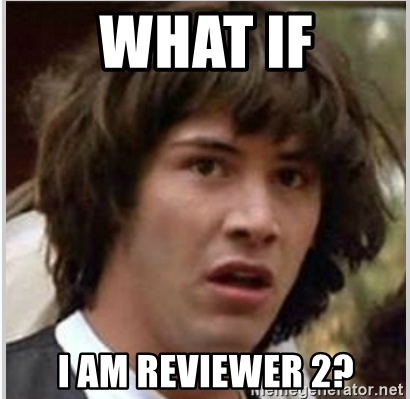 The Abusable Past Forums is a space dedicated to curating conversations about current ideas, controversies, and debates that relate to the general theme of radical history. Once a topic is posted, we invite submissions from the public that engage with the discussion. If you’d like to contribute to an ongoing topic of discussion in Forums, please send an email with your idea to abusablepast@gmail.com with “Forums” and the forum topic in the subject line.

Peer Review – or, the practice of asking experts in a specific field to determine if a piece of scholarship is fit to publish – has become commonplace in the life of an academic. Academic journals and presses depend on peer review to uphold the rigor of academic scholarship, or essentially to legitimate that the work being published is based in some sort of accepted truth. Scholars today are expected to spend a significant amount of time not only preparing their own manuscripts for peer review, but also using their expert knowledge to review the work of others, to ensure that those producing knowledge are doing so empirically, ethically, and according to the standards of the field. Sometimes this works, and other times it really does not, leading to a series of “scandals” based on questions of what is being published in academic journals. For example, in 2017, the journal Third World Quarterly, a journal that had long been committed to anti-colonial scholarship, published an article in defense of colonialism. Once published, fifteen members of the editorial board resigned, citing that fact that the Editor had not put the piece through the proper channels of peer review.

In a recent article in the journal Isis entitled “Scientific Autonomy, Public Accountability, and the Rise of Peer Review in the Cold War United States,” (Vol 101, No 3, September 2018), Historian of Science Melinda Baldwin argues that although the idea of refereeing a piece of scholarship began, mostly in the Anglophone world, in the 19th-century, the more narrow idea of “peer review” came into play during the early years of the Cold War in the United States. As government funding agencies began to support more scientific research, there was a call for scientists to be held accountable to the public who was theoretically providing the funding. Baldwin shows that scientists argued that they should be reviewed amongst their peers who had specialized knowledge and not by the public who might not understand the nature of their studies.

Strict peer review is thus a fairly new requirement in the production of academic knowledge, and it is clear that it is by no means a flawless system. It is perhaps a given that when one sets out to review their peers, there is often a tendency to reproduce certain schools of thought, to publish work that fits the accepted mold and that favors scholars trained to write in specific ways with the right jargon, to follow a trail that rarely challenges the norms of who should be able to produce knowledge. This has led us at the Abusable Past to ask the question: what are the current limitations of peer review? Is peer review a system that helps or hinders the ability to produce radical scholarship committed to the ideas of social justice and radical understandings of the world?

We are lucky to have three people  contributing to our first forum: Marissa Moorman, Editorial Collective member of the Radical History Review and Editorial Board member of Africa is a Country; Rocío Zambrana, co-editor of Hypatia: A Journal of Feminist Philosophy; and Andrew Dilts, Editorial Collective member of  Abolition: A Journal of Insurgent Politics. We will stagger the posts over a period of two weeks and allow time for new submissions before we close the forum.

Go to Forum 1.2, On Peer Review by Marissa J Moorman