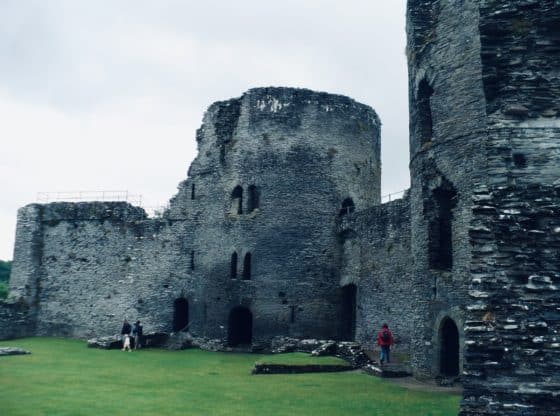 What happens to peer review under conditions of academic precarity?

The question arises from my own mixed experiences with peer review practices as a precarious academic. (In sociological and disciplinary terms, I am also a white, genderqueer anthropologist with a U.S. passport.) Five years after getting my PhD, my publishing experience has included publishing several peer-reviewed papers, editing an essay collection and organizing peer feedback for the papers, and anonymously reviewing papers for (let me check) seven journals.

Personally speaking, I usually like writing reviews of others’ work, if I have the time; it can feel like a Kantian obligation and a gesture of hospitality towards the thought of others. I did not really like being an editor; it demands a sort of quality control that feels too much like arbitrary sovereignty or gatekeeping. And as an author, I am ambivalent about getting peer reviews; sometimes they can provide thoughtful and important feedback, but sometimes they are petty, sloppy, or gratuitously dismissive.

Structurally speaking, I believe that tensions are inevitable in the three-way exchange between editors, authors, and reviewers. But I also suspect that the growth of precarity is pushing us from tension towards intellectual abuse and ideological breakdown.

Modern peer review is a twentieth century institution, but the relation between peer review and precarity have much deeper roots in historical semantics. The etymology of “peer” goes back to feudal governance. While the Latin par merely means “equal,” some are usually more equal than others. Thus a “peer” in England is a member of the House of Lords, a “noble” distinguished from the “commoners.” In the French ancien régime, “peer” (pair) was an “honorific title giving access to the King’s council,” and — tellingly — there was a right of “peer judgment,” which was a “right, for the vassal, to be judged by other vassals of the same rank as himself.”*

Meanwhile, “precarious” was employed in early modern Europe as a term for contingent land rights. “As a legal term,” Lauren Berlant recalls, “precarious describes the situation wherein your tenancy on your land is in someone else’s hands.” (Cruel Optimism, p. 192) By 1618, it was already being used as a metaphor for life in general. In this century, many labor activists deploy “precarity” as a political concept that names economic uncertainty and exploitation, and helps us critique them. In academia, precarity has particularly come to designate the growth of casualized employment, the decline of stable work, and the bad intellectual and social consequences of these things.

Precarious work in the academy has class, racial, gender and colonial underpinnings, which are entangled with the longer history of capitalist labor. While precarity does not constitute a new social class, it is an economic predicament that both crosses and reinforces other social divides. Contingent academic labor is disproportionately performed by women, as studies have shown in France and the United States, and it reinscribes racial divides as well, as Tressie McMillan Cottom (using AAUP data) has reported in the United States case.**

I briefly recall these points of history and economy in order to suggest that precarity fundamentally makes peership impossible. For how can one be a “peer” when one has only a precarious tenancy in an academic field?

In a sense, precarity only amplifies problems that were already there. The aristocratic resonances of “peership” help us recall that “peer review” was always an undemocratic system, as was the Fordist academic hierarchy in general. In this egalitarianism of the elect, peership was premised on the chimerical tranquility of an institutional walled garden.

But for the precarious, the walled garden of “peership” can readily become a space of confinement and arbitrary power. Four ethical problems at the heart of peer review are particularly exacerbated by precarity.

1) Precarious authors cannot back out. One of the major checks on the traditional peer review process is that the author, in principle, can withdraw and find a new venue, if the editorial process or peer reviews prove to be unreasonable. But for the precarious, who may direly need to remain professionally viable by continuing to publish, backing out is rarely an option, since a new review process may take months or years.

2) Precarious authors therefore become exquisitely vulnerable to all the ways that peer review can go wrong. Methodological conservatism and genre policing can readily emerge in article reviews. In cultural anthropology, for instance, reviewers frequently demand that papers must “sound more ethnographic,” in Malinowskian fashion. Usually this is purely a stylistic demand, but I have at times wondered why reviewers seem to wish that I would travel to a foreign country — and to scenes several years into the past — for further face-to-face observations, with no particular explanation of why that would serve the argument in question. Meanwhile, given that long-term ethnographic fieldwork is extremely resource intensive and thus essentially a class privilege, it becomes a form of social exclusion to screen out intellectual work based on less resource-intensive — but equally valid and more modern — research methods. In short, the anonymization (termed “blindness”) of peer reviewing allows reviewers to presume that every author has the material resources of a professor.

3) While precarious authors cannot back out, they also cannot quite fit into the world of scholarly publication, which is so stratified by institutional location and legibility. Journals typically request your institutional affiliation for the byline; but this leaves precarious scholars out in the cold when affiliations are tenuous or nonexistent, as they often are; while “independent scholar” is a stigmatizing misnomer. Meanwhile, I strongly suspect that precarity also correlates with downstream invisibility: as precarious authors tend to have less institutional visibility and academic capital, I suspect that their papers, even once published, are less often read or cited than those by more established authors.

4) On the other side of the table, precarious peer reviewers face more existential dilemmas. Should we accept laborious reviewing assignments, given the lack of meaningful compensation? Why review papers that will be published by for-profit publishers in paywalled archives that the precarious cannot even read? Why practice an ethics of professional reciprocity in peer review, when this is so absent in academic labor relations writ large? And if we review, how should we decide what to say, and how charitable we should be? Yet to decline these invitations is to remove precarious voices altogether from these spaces of intellectual legitimation.

I have no easy answer for these issues, which are entangled with larger disciplinary and labor struggles. To be clear, my view is not that peer review is worthless or that we cannot benefit from frank feedback on our writing. But if precarity ruptures the fiction of peership and leaves us vulnerable to intellectual abuse, can we reimagine the process? Or should we perhaps go on a reviewing strike until the system improves itself? And what of the editors: should their sovereignty be revisited as well?

But I wonder if such a form of intellectual solidarity would still be compatible with current systems of anonymous reviewing, and the power asymmetry that this implies.

Eli Thorkelson is a precarious ethnographer with interests in higher education, labor, feminist politics, and the workings of our inner lives. Some recent essays include “Teaching Precarity,” “The Infinite Rounds of the Stubborn,” “Precarity Outside,” “A Campus Fractured,” and “Two Failures of Left Internationalism,” and a current book project is entitled Disappointed Utopia: Radical Philosophy in Postcolonial France.