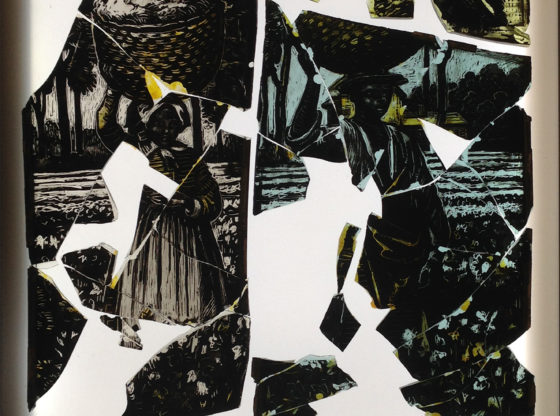 On the afternoon of Monday, June 2, 1913, as is now well known, Julian Carr stood before about a thousand people to help dedicate a memorial to University of North Carolina students’ participation in the Civil War, that is, their participation in a treasonous rebellion to defend and expand chattel slavery. In his speech, Carr recalled fondly his having “horse-whipped a negro wench until her skirts hung in shreds, because upon the streets of this quiet village she had publicly insulted and maligned a Southern lady.”

Among other things, Carr’s speech is a stark piece of evidence for what American historians have long known: that the erection of Confederate monuments in the early 20th century was one of the most successful—and mendacious—public history campaigns ever conducted.

The lessons Carr and his colleagues sought to impart were that slavery was a beneficent system of paternalist whites and happy slaves (it was not), that white Southerners were unanimous in supporting slavery and secession (they were not), that the Confederacy’s war was a reluctant one waged in defense against “northern aggression” (it was not), and that Reconstruction was an undemocratic, corrupt failure (it was not). It was a project of historical storytelling that was paired, quite deliberately, with a political project of white supremacy, disenfranchisement, and the erection of Jim Crow; indeed the monuments were intended to build a usable past for white supremacists, one that would foster and encourage their political project. Again Carr’s speech—in which he linked the violent attack against Black people to the defense of white Southern Womanhood—is a tell. So too, of course, is the motto Carr used as he campaigned for the state constitutional amendment to disenfranchise Black citizens: “North Carolina’s slogan shall be the White man shall rule the land or die.”

Until a year or two ago, I didn’t know anything in particular about Julian Carr, although anyone could have guessed that a white North Carolina industrialist at the turn of the century who amassed a fortune and donated the land that became Duke University’s campus had worked to impose Jim Crow, which of course was first and foremost a system by which rich white people could extract cheap labor from Black people through political exclusion and terror. But the irony is that I learned about the link between the erection of Confederate monuments and the erection of Jim Crow in a building named for Julian Carr.

When I was a graduate student in Duke’s history department from 2004 to 2010, there were occasional whispers about Carr. I don’t remember discussing any specifics of Carr’s biography or his politics; that he had helped fund the White Supremacy Campaign that culminated in the Williamsburg Coup of 1898, that he had run for the senate on a white supremacist platform, or that he had, as commander of the United Confederate Veterans, been a leader in erecting Silent Sam never came up, to my recollection. But more importantly, it never occurred to us, or at least it never occurred to me, that it was even worth talking about renaming a building. That the United States would be marred with monuments to slavery and the war to defend it, erected in the service of racist terror two generations after the rebellion’s defeat, seemed inevitable and ineluctable.

That understanding began to change after a white supremacist massacred nine worshippers at Emmanuel Church in Charleston, South Carolina. The massacre sparked a reckoning of sorts, and suddenly those who had dreamed bigger than I broke through into the mainstream. It began to seem possible that we could take down these memorials. Like so many other people, I cheered when Bree Newsome climbed the flag pole at the South Carolina Capitol to take down the Confederate flag. But what really drove home for me the possibility that we could remove Confederate monuments were a series of events that happened in places that mean a lot to me personally. Notably, their protagonists were not historians.

In July 2016, just a few blocks from my apartment, a dining hall worker named Corey Menafee smashed a window at Yale University’s Calhoun College that depicted enslaved people picking cotton. I did my BA at Yale in 2002, and when I was a student, Calhoun College, like Southern Confederate memorials,  seemed ageless and permanent; yet Yale had only named the college after John C. Calhoun in 1931. When I had been in college, the discomfort with a college named for Calhoun was common, and yet it seemed inconceivable—even to me, a college activist who fought the administration on many things—that we could ever change it. Indeed, a few months before Menafee destroyed the window, the university announced that it would keep Calhoun’s name on the college. Menafee’s heroism forced a reevaluation and led, eventually, to the university renaming the college—although not, as I thought would have been appropriate, for Menafee himself.

In August 2017, fascists rallied in Charlottesville, Virginia, ostensibly to defend a statue of Robert E. Lee. One of them murdered counterprotester Heather Heyer, setting off a national reckoning. In defiance of the fascists, a group of protesters, many of them members of the Workers World Party, gathered outside the Durham County office building, about a mile down Main Street from the Carr Building. They tore down the county memorial the Confederacy, which had been erected in 1924 and which crumpled to the ground. “Do it like Durham” became a rallying cry of which I could be very proud.

Finally, the summer after that—in August 2018—after years of mounting agitation, protesters at UNC Chapel Hill tore down Silent Sam, the statue Julian Carr had helped dedicate. It was less cheap than its Durham cousin, it turned out, and it did not crumple in the satisfying way the Durham one had, but the deed was finally done. To this Duke alumnus—as to others, including the faculty in our old department, who had already voted to request a name change—what had once been uncomfortable now seemed untenable. And more importantly, what Corey Menafee, the Durham protesters, and the UNC students had shown was that change was possible. We need no longer feel doomed to educate new generations of historians in buildings named for those whose most lasting legacy was the imposition of a mendacious historical myth.

I cannot claim much credit for removing Julian Carr’s name from the building. I wrote the first draft of a letter in support of the faculty’s formal request for the renaming; Corinna Zeltsman and Bryan Pitts did most of the work organizing nearly 150 History Department alumni and alumnae to sign it. I suspect that our letter helped, but that the administration needed little convincing. After all, there was no loud pro-Carr contingent urging his continued memorialization, and removing his name allows the university to auction off the building’s name to a newer, living contributor. (As a stop-gap measure, the building’s name reverted to the Classroom Building, which is what it was called before it got Carr’s name in 1930.)

Renaming the Carr Building does not defeat white supremacy. It does not dismantle the legacies of slavery; it does not end settler colonialism; it does not end nativism; it does not undo the transgenerational effects of Jim Crow. It does something substantially smaller. But as a professional historian, I think what it does is still important. It says that the job of historians is to understand and undo the myths imposed on us. It says that the places where we study history are important, and that we should not accept doing so in spaces that celebrate those who represent the abnegation of our professional values. It says that among our roles as historians is to undo the lies we, our parents, and our students were taught that help bolster white supremacy. It says we will no longer study history while venerating the legacies of those who distorted our memory of it. Now it is time for more institutions to Do It Like Durham.

Jacob Remes is clinical associate professor of history in New York University’s Gallatin School of Individualized Study. He is the author of Disaster Citizenship: Survivors, Solidarity, and Power in the Progressive Era (University of Illinois Press, 2016).

“The Hong Kong Card”: Against the New Cold War
Forum 4.2 // Carr, the Confederacy, and Conversations Ongoing