Forum 5.6 // “So Many Stories You Never Heard”: An Inheritance of Loss (an interview with Dohee Lee) 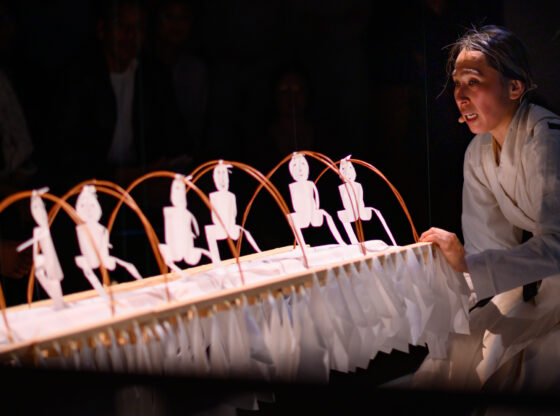 In this 2015 interview for the Legacies of the Korean War oral history project, Dohee Lee, a Bay area-based, Jeju-born artist whose music and dance styles are rooted in Korean shamanism, recounts the massacre of Jeju islanders, beginning on April 3, 1948, that soaked the island in blood. Insofar as the 4.3 massacre not only resulted in indiscriminate widespread civilian death but also divided families, neighbors, and villages, she encourages younger generations to break down the walls of silence and actively seek out the stories of their parents and grandparents. More than past cataclysm, however, Sasam continues into the present, taking the form of “the construction of a U.S. naval base [that] is once again destroying the land and the people.” Performing her art in the United States, Dohee Lee enacts transformative rituals that “remember the songs of our ancestors, the words that they spoke, their care of land, people, and spirits.”

Forum 5.5 // Silent Wounds of Jeju 4.3
Forum 5.7 // Over 5,000 Days of Resistance: An Interview with Anti-base Activist Choi Sung-hee on the Gangjeong and Jeju Struggle for Peace