His Ignominy Is His Triumph: a counter-obituary of Rush Limbaugh 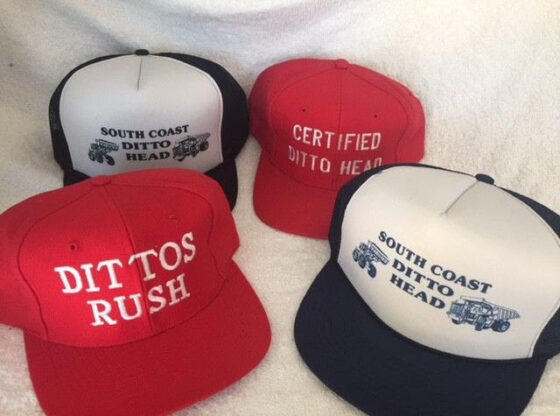 Rush Limbaugh’s death on Wednesday made me miss my mom.

And I don’t mean “miss” in the way some have referred to “losing” parents to QAnon conspiracies or the Fox News cinematic universe — though both are partly attributable to Limbaugh. He was, after all, the first to demonstrate the commercial viability of conservative media, becoming the largest platformed conspiracist of his time.

Limbaugh died of cancer complications on Wednesday at the age of 70; my mom died of cancer two and a half years earlier at the age of 61. Both were Reagan Republicans, swept up in a rising tide of conservatism in the latter quarter of the 20th Century that crested and (arguably) crashed with the Trump presidency.

In 1987, the Reagan-era Federal Communications Commission rescinded the Fairness Doctrine, which had required broadcasters to dedicate airtime to the discussion of issues of public concern in such a way that gave the public a “reasonable opportunity to hear different opposing positions.” Free of formal counterweights, Limbaugh took his conservative shock jock schtick nationwide in 1988.

By 1991, my mom had joined that audience. A working single mother of two, she tuned in to talk radio after her divorce because music made her feel sentimental. Limbaugh helped keep her from crying in front of us kids during our long drives running errands amidst the North Texas sprawl.

I became indoctrinated on these long drives — a young Dittohead, I cried when George H.W. Bush lost to Bill Clinton, covered the walls of my bedroom in Dole/Kemp stickers, and cut my political teeth ventriloquizing Limbaugh’s various political stances in ferocious ad hoc debates with adults when my parents would bring me around their friends.

While I outgrew that ideology (credit to punk rock, adolescent genderplay, and opposition to the Iraq War), Limbaugh’s innate cultural understanding of politics has stuck with me. I’ve built a career on researching the conservative movement that Limbaugh seized. I got a PhD in cultural studies, my attention drawn to theorists like Raymond Williams and Stuart Hall — both influenced by “an obscure Italian communist by the name of Antonio Gramsci.”

Those quotes are around Rush Limbaugh’s own words — he wrote disparagingly and conspiratorially of Gramsci in his 1993 bestseller See, I Told You So.

Gramsci developed a theory of “cultural hegemony,” which examined the ways that class rule functions through asserting and maintaining dominant “common sense” beliefs and cultural norms (also known as ideology). He envisioned a radical left working class politics that depended on “organic intellectuals” — experts and thinkers with class and cultural affinities opposed to the dominant culture — to counteract the hegemonic beliefs and values that kept regular people from realizing their oppression.

Limbaugh was no Marxist, quite the contrary, but he stole a little something from the thing that he hated and he passed it on. You’d be hard pressed to find a better popularizer of the concept of counter-hegemonic struggle (“culture war” in the vernacular), albeit on the right, or a more “organic intellectual” of the U.S. white upper middle class.

That’s why I think there’s more to learn from Limbaugh than the litany of his most offensive and derogatory remarks, which will justly dominate most obituaries of the broadcaster. Rush Limbaugh was, indeed, an indisputable and despicable racist, sexist, homophobe, and xenophobe. He made a career out of hurting people and punching down. To borrow from a Twitter comedian, his life is to be mourned more than his death.

Near the end of her life, I would sometimes accompany my mom to her oncology appointments in Dallas. If the appointment fell between 11a and 2p, we’d listen to Rush on the drive and I would do a sort of running commentary rebutting him under my breath.

To avoid fights, my mom would often turn down the volume or switch on sports talk radio. But one time, at a stop light, she shared something that stayed with me.

“You know, after all these years I hardly listen to what he’s saying any more,” she told me. “It’s just the sound of his voice.”

The words that voice carried have wrought incalculable damage on the United States and the world. But the voice itself brought comfort, levity, assurance, and familiarity to his loyal audience.

This aesthetic dimension — as unfathomable as it may seem to so many — was the key to Limbaugh’s success, more so than any commitment to conservative philosophical orthodoxy. It gave his listeners a sense of plausible deniability when he crossed the line, a cover for that guilty pleasure of someone transgressing a norm that doesn’t serve you.

It is also the easiest aspect of his legacy to overlook, which is why historians must now go deeper than the pundits and journalists will in order to better understand it.

To riff on historian Bethany Moreton, reading Limbaugh’s obituaries you’d be forgiven for asking: What’s the matter with Dittoheads? But what historians should be asking is: What mattered to Dittoheads?

I wish I could ask my mom for her thoughts on Limbaugh’s legacy, but I can’t. All I know for certain is that she would have taken great umbrage at those rejoicing in his demise — chiding our cheers and using them to bolster her sense of identification with the other conservatives who mourn Limbaugh.

For this reason, I suspect that Limbaugh himself wouldn’t have minded such celebrations of his death. He lived his life to provoke them. Our relief is his affirmation, a validation of his supporters’ sense of political and cultural embattlement — the epoxy, perfected by Limbaugh, that binds conservatives together more than any idea.

A.J. Bauer is an assistant professor in the Department of Journalism and Creative Media at the University of Alabama. He is co-editor of News on the Right (Oxford, 2019), and is writing a book about the history of conservative press criticism in the United States tentatively titled, “Making the Liberal Media.”

Microsyllabus: History from Below in the Dominican Republic
Lethal State: An Interview with Seth Kotch