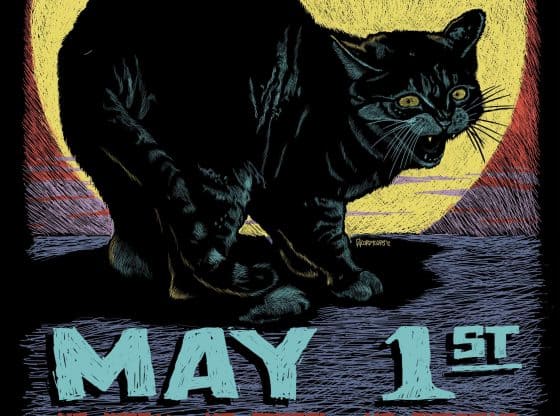 There was a period, about a decade ago, in the years surrounding Occupy Wall Street, when a variety of commentators asserted that anarchism had become the predominant ideological tendency within the U.S. Left. The resurgence of democratic socialism since 2016 suggests that was a brief window, yet anarchist styles of organizing and strategies of change continue to inform an array of contemporary movements, from Black Lives Matter to the Yellow Vest uprisings in France. The past twenty years have also seen a marked uptick in English-language scholarship on anarchism in disciplines ranging from philosophy to sociology, aided by interdisciplinary organizations such as the North American Anarchist Scholars Network and the UK’s Anarchist Studies Network. Anarchism is a political ideology and practice – some say “a way of life” – with mid-19th century origins that opposes all forms of social domination and promotes the values of equal liberty and mutual aid. The following microsyllabus is intended to help those relatively new to anarchism gain historical footing in this complex and often misunderstood political tradition.

Broad historical overviews of anarchism, such as Peter Marshall’s Demanding the Impossible, often prove overwhelming or tedious to those getting their feet wet. Thankfully, the 19th and early 20th century anarchists tended to write in a punchy, straightforward style, equally accessible to the working people of their day and to curious activists and scholars in the 21st century. So, start by reading some primary sources in the first of Robert Graham’s three volume compendium, which covers what is often called anarchism’s “classical period” – the century ending in 1939. Graham’s editing skills are adroit – he includes the key sections of a huge range of texts, organized loosely chronologically, but grouped into themes, such as “Anarchy and Education” and “The Spanish Revolution.” Graham overcomes the tendency of previous anthologists to focus on a few European master theorists (e.g. Proudhon, Kropotkin), by including lesser-known writings by anarchist militants the world over, including dozens of entries from Latin America and Asia. Graham concludes the third volume of the collection with an original 100-page essay that succinctly, but quite comprehensively, summarizes the trajectory of anarchist ideas and activity up to the present, with call outs to the relevant excerpts. Use this as narrative guide as you pick your way through the collection. Alternately, watch Tancrède Ramonet’s fast-paced recent documentary film series, No God’s, No Masters, as you read.

This book, as well as Shaffer’s earlier work on Cuban anarchism, exemplifies many recent, positive developments in the field. He begins with a useful historiographic essay that criticizes previous generations of scholars for their Eurocentrism, construal of anarchism as irrational, and their narrow focus on labor politics. Shaffer rightly asserts, however, that “Studies of anarchist migration, anarchist activism in colonial settings, and anarchist cultural politics are central to emerging lines of inquiry into the history of global anarchism.” The ideology was just gaining a footing in Puerto Rico when the U.S. took possession of the island from Spain in 1898. In the following decades, anarchists were an important influence, among others, within the broader worker’s movement. Shaffer captures the confusions, compromises, and impurities of Puerto Rican anarchists as they navigated the complicated terrain of anti-colonialism, nationalism, and their relationship to not only the U.S. government, but also the American Federation of Labor and U.S. socialist organizations that intervened in local struggles. Experimenting with coalitions, anarchists on the island simultaneously forged alliances with feminists, “freethinking” liberal professionals, and “spiritists” to challenge the power of the Catholic church and patriarchal social relations. Like their counterparts elsewhere, they established educational centers that provided access to the international anarchist press, staged political plays, hosted speakers and hosted an alternative school for workers and their children. Tracking the ways anarchists moved between Puerto Rico, Spain, New York, Florida, and other Latin American destinations, Shaffer highlight the movement’s deeply transnational character while remaining attentive to the ways anarchists had to adapt to particular national cultures and legal frameworks.

Emma Goldman remains the best known, and most-studied anarchist in the history of the United States. A powerful orator, prolific essayist, and intrepid organizer, she popularized anarchist ideas among English-speaking audiences and built unique coalitions between the movement and middle-class feminists, civil libertarians, and avant-garde writers. New studies of her life and politics appear almost yearly. But I recommend starting with Wexler’s biography, which astutely places Goldman in her Gilded Age – Progressive Era context. Wexler writes beautifully, and strikes a useful balance in her coverage of Goldman’s political work and controversial intimate life, where some other scholars have tended to highlight one over the other. Those interested in Goldman’s experiences with the Russian Revolution and Spanish Civil War can move on to Wexler’s companion volume, Emma Goldman in Exile. However, to offset the impression that Goldman was the U.S. anarchist movement in the early 20th century, see Paul Avrich’s bountiful collection, Anarchist Voices: An Oral History of Anarchism in America.

Anarchism experienced a global revival in the wake of the mass anti-system movements of the 1960s. Anarchist strategies, theories of power, and aesthetics evolved quickly in this period, but few histories have emerged yet to analyze these important developments. This edited collection, which documents the Canadian anarchist movement between 1976 and 2004, serves as an invaluable resource in this context. It’s a huge book – 400 9”x13” pages – richly illustrated with photographs and reproductions of pages from the anarchist press. Readers are first introduced to important periodicals, such as Open Road, Bevy of Anarcha-Feminists, and Kick It Over!, via short reflections by their former editors. Subsequent sections reprint material from these journals to highlight the issues anarchists of the period prioritized – indigenous sovereignty, mass incarceration, and ecology, among them – as well as the new tactics they developed and biggest actions they mounted. These ranged from squatting empty property, a firebombing campaign against weapons manufacturers, and mass blockades to resist corporate globalization. The book also documents the range of institutions and spaces, such as book fairs, free schools, and infoshops, that Canadian anarchists created during this period. Only a Beginning demonstrates that long before internet memes became an important mode of political discourse, anarchists combined text and repurposed images to powerful effect. (One striking page from 1991 frames a close up of a man with his jaw blown open with the words, “Going to the Gulf? See you when you get back!”) Antliff’s other work, which recovers anarchist ties to modernist art, is also highly recommended.

L.A. Kauffman, Direct Action: The Reinvention of Radicalism since the Sixties (Verso, 2016).

Understanding the impact of anarchism in recent decades requires one to think about the ways anarchists and their ideas have intertwined with broader egalitarian movements and other Left intellectual traditions. Kauffman’s book traces the use of nonviolent civil disobedience, consensus decision-making, and prefigurative politics (embodying the world you are seeking to win in the movement itself) within U.S. anti-war, feminist, queer, anti-nuclear, environmental, anti-corporate, and racial justice struggles. While not a study of anarchism per se, anarchists are explicitly named as key actors throughout the text, and readers will find uncanny connections to debates anarchists were staging as early as the 1870s. With an incredible economy of words, Kauffman illuminates the connections between movement organizations operating simultaneously, but typically studied in isolation, such as Earth First! and ACT-UP. She reveals the crucial roles that lesbian activists have played in forming, maintaining, and linking these efforts, and traces the slow processes by which white activists integrated antiracist principles into their work, and activists of color re-embraced direct-action strategies after making defining contributions to the tradition in the 1950s and ‘60s.  Pair Kauffman’s history with a few chapters of Chris Dixon’s Another Politics: Talking Across Today’s Transformative Movements. Dixon combines historical analysis and interviews with dozens of activists to describe the ways a “reconfigured anarchism” has dovetailed with Zapatismo, women of color feminism, and prison abolitionist politics to create a broader “anti-authoritarian current” vital to radical change efforts in United States and Canada in recent decades.

Cohn is a literary scholar and translator, rather than a historian, but this path-breaking book will prove foundational to anyone looking to study the history of anarchist cultural production. Drawing from scholarship published in four languages and literary works translated from many more, Cohn surveys the diversity and coherency of anarchist cultural production across four continents and more than 160 years. Poetry, music, fiction, film, comics, and magazine illustrations are each investigated in turn. Taking a cultural studies approach, the author investigates the modes of production, circulation, and consumption of this material, as well as common themes and formal qualities. Cohn argues that while anarchist artists hoped to change the minds of non-anarchist audiences, their work often served a different function: helping anarchists survive the contradictions of living in a world organized almost entirely in contradiction to their values and desires. Highlights include his analysis of the transformation of anarchist poetic forms in the mid-20th century and fascinating short chapter on early 20th century anarchist anti-colonial literary strategies. Cohn’s book suggests both the scope of anarchist history and linkages between the studies suggested above. You’ll be well positioned – and hopefully inspired – to dive into the intellectual, movement, and cultural history of anarchism in the specific periods and locales you find most fascinating after imbibing these crucial gateway texts.

Andrew Cornell is a precariously employed scholar and organizer currently teaching at Williams College. He is the author of Unruly Equality: U.S. Anarchism in the 20th Century (University of California Press, 2016), a book that tracks the ways anarchists related to the Great Depression, atomic warfare, the Black freedom movement, and other key developments of the mid-20th century, explaining how their movement evolved as a result. His work also includes Oppose and Propose! Lessons from Movement for a New Society (AK Press, 2011) and the essay “Occupy Wall Street and Consensus Decision Making: Historicizing the Preoccupation with Process.”

Toward a Decolonized Pacific: An Interview with Simeon Man
Microsyllabus: Latinxs in the U.S. South