Microsyllabus: Latinxs in the U.S. South 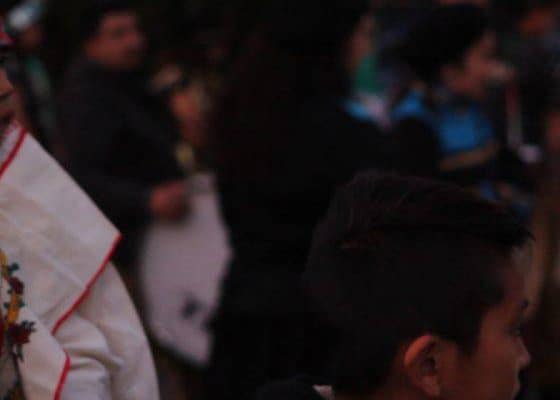 Immigration has become one of the most politically and socially activating points of discussion in recent years. The US South has become a particular area of interest, and no other state quite as much as North Carolina. Between 1990 and 2000, North Carolina experienced the greatest increase in “Hispanic” population in the country. Latinxs and Latinx immigrants also have settled in states across the US South. A 2013 report by the Pew Center found that the top ten states with the fastest growing Latinx populations were nearly all beneath the Mason-Dixon line. Alabama, South Carolina, and Tennessee all have experienced more than 150 percent growth in their Latino populations from 2000-2011. Despite these rapid demographic changes, Latino Studies scholarship has remained largely focused on traditional geographies of Latino settlement, like the US Southwest. Emerging scholarship from historians, sociologists, and interdisciplinary scholars demonstrates that the US Southeast represents a generative ground on which to study the historic and dynamic processes of race-making. This body of work recasts and challenges the supposed black-white racial binary that has existed in the US South, showing how the presence of Latinxs has transformed social, spatial, and labor relations between and among Latinxs and others within this geographic space.

Though scholars of the US South have chronicled the “recent” arrival of Latinx migrants and the changing racial landscape, historian Julie Weise challenges the “newness” of this settlement and convincingly shows that Mexicans in particular have a long and complex history in the US South, making this a foundational introduction into the study of Latinxs in the US South. Each of Weise’s chapters function as a singular case study of Mexican communities living in the southeast at a particular time and place throughout the twentieth century. Weise moves chronologically, beginning in 1910 with an examination of Mexicans in Louisiana, then in Mississippi, Arkansas, and Georgia, before ending with a focus on North Carolina in the contemporary era. Weise demonstrates how Mexicans in both rural and urban spaces vied for resources, opportunities, and rights by strategically aligning themselves with particular racial identities and by calling on their Mexican federal and state governments for support. Meanwhile, Weise also traces southerners’ evolving understandings of their new Latinx immigrant neighbors. Weise’s work is invaluable to historians and scholars of race, ethnicity, and migration, and her methodological intervention of drawing on sources from the United States and Mexico is exemplary of the research required of our contemporary global moment.

Leon Fink, The Maya of Morganton: Work and Community in the Nuevo New South (University of North Carolina Press, 2003).

In what is perhaps the first single-authored monograph on Latinxs in the US South, historian Leon Fink examines how a group of Mayan migrants in Morganton, North Carolina, successfully organized a poultry factory in a state that previously had no union labor. To understand their accomplishment, Fink privileges the sending place and emphasizes its inextricably to understanding migrants in the receiving community. Fink historicizes the Maya of Guatemala, tracing their ancestors, rituals, and lives before immigrating to the United States, revealing that these indigenous migrants had a long legacy of organizing and struggle in their homeland. By juxtaposing the history of both Guatemala and the U.S. South, Fink is able to contextualize the social, political, and economic frameworks within which these migrants were operating. Fink also describes the process of “Hispanicization” that these indigenous Guatemalan migrants underwent, which encompassed both a language and cultural change, granting a completely new dimension to the idea of racial formation. In doing so, Fink challenges the supposed homogeneity of “Latinx migrants,” advocating for scholars to consider in more nuanced ways the ethnic and cultural differences among Latinx migrants and their sending communities.

Vanesa Ribas, On the Line: Slaughterhouse Lives and the Making of the New South (University of California Press, 2016).

In the wake of a nearly four hundred percent increase of Latinx migrants in North Carolina between 1990-2000, scholars anticipated increased tensions between African Americans and Latinx newcomers. Sociologist Vanesa Ribas conducted participant observation from 2010-2012 as a production worker at a North Carolina meatpacking plant to understand the on-the-ground workings of the supposed African American-Latinx “conflict.” Because working-class people spend a majority of their day at work, this became a critical site through which to analyze intergroup relations and the incorporation of Latinx migrants. Through her engaging prose and narrative, readers come to see how whiteness and white actors mediated relationships between Latinx and African American workers in the plant. Ribas, however, also emphasizes that we must equally consider Latinx migrants’ understandings of African Americans, as well as how Latinxs view their own group, stressing the importance of Latin American racial legacies in migrants’ understandings. Though situated in North Carolina, Ribas’s findings on the evolving relationships between and among African American and Latinx laborers can be applied to contemporary working-class workplaces across the country.

In her first book, Perla Guerrero, an American Studies scholar, emphasizes the centrality of examining processes of racialization within a particular place and its corresponding historical moment. Unlike most scholarship on the U.S. South, Guerrero’s research emanates from personal and intimate experience, as Guerrero emigrated from Mexico and settled in Arkansas with her family in 1996 as the Latinx immigrant population was transforming the U.S. South. Her own experiences with racialization in Arkansas led her to examine its transformation from 1975-2000s, focusing on three key moments of Latinx and Asian migration. Tracing the settlement of Vietnamese and Cuban refugees, and more recently Mexican migrants, Guerrero seamlessly weaves their migration and racialization histories together, understanding these processes as not isolated but relationally constructed, mediated by white actors and pitted simultaneously against each other and against Black Arkansans. While Guerrero’s focus on contextualizing place-specific constructions of race brings tremendous insights into examinations of the contemporary US South, her emphasis on analyzing the ways in which these processes are historically, spatially, and relationally intertwined encourages more complex understandings of race-making in locales across the United States.

Yuridia Ramírez is a Ford Foundation Fellow and an Assistant Professor of Latina/o Studies and Global and Intercultural Studies at Miami University. For the 2017-18 academic year, she is the Chancellor’s Postdoctoral Fellow in the Department of Latina/Latino Studies at the University of Illinois at Urbana-Champaign. Yuri received her PhD in history from Duke University with a certificate in Latin American Studies. She also holds a BA in history and journalism from the University of Minnesota-Twin Cities, and an MA in history from Duke University. She is currently working on her book manuscript, The Politics of Indigeneity on the Move: P’urhépechas in Michoacán and North Carolina at the End of the Twentieth Century, an historical and interdisciplinary analysis of a diasporic indigenous community and the transformation of their sense of indigeneity.