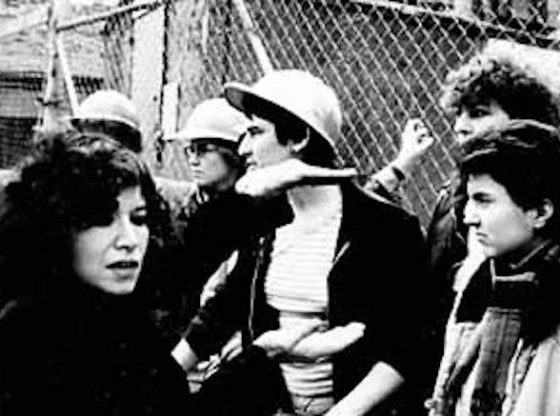 A METHODOLOGY FOR U.S. LABOR HISTORY IN THE 21st CENTURY

Labor history is a field with new relevance in an era of intensifying scholarly interest in social movements.  At its most compelling, labor history is the study of the desires, the imaginaries, the strategies, and the tactics that compel people to act politically in the context of work.  Therefore, although labor unions are less prevalent mechanisms for social change than they were fifty years ago, labor history is an archive that has much to teach today’s activists about climate change, white nationalism, the militarization of the border, and gun violence among other contemporary crises.  To reveal these insights, astute learners and teachers must work against historical tendencies that have troubled the field of labor history: the tendency to privilege wage labor in industrial workplaces, which makes forced labor, reproductive labor, and women’s labor less visible; the tendency to privilege work in the U.S. northeast and Midwest, which often reifies the Black-white racial binary and obscures the labor of people of indigenous, Asian, or Latin American origin; the tendency to privilege collective bargaining over other political practices, which centers corporations and the state and minimizes the contributions of undocumented people or those in less unionized industries such as service work, sex work, and domestic work.  This microsyllabus provides five reading strategies that help reveal U.S. labor history’s most relevant insights while resisting the field’s reductive tendencies.

STRATEGY 1: READ ABOUT WORK THAT IS UNFREE AND UNWAGED

Read about how people have mobilized against oppression while performing work for  which they are not paid.   African American resistance against enslavement reveals how work is connected to the racial ideologies that shape our society.  Walter Johnson’s A River of Dark Dreams – especially Chapters 11 and 14 – grapple with the political theoretical ideals that justified the expansion of slavery and the dispossession of indigenous peoples.  Stephanie Camp’s Closer to Freedom unpacks how enslaved people confronted those ideas and mobilized for their freedom.  Serena Zabin’s Dangerous Economies, and its engagement with the 1741 slave revolt conspiracy theory in New York City, disrupts assumptions that agricultural slavery defines all forced labor in the U.S. by documenting political mobilization among enslaved people in New York City.  Stacey Smith’s Freedom’s Frontier similarly expands the context for studying enslavement.  The sections on Native American and Chinese women’s labor in California do this in particularly original ways.  Reading about unwaged labor in the household also provides a generative insight into labor history.  Although it is a work of British History, Anna Clark’s The Struggle for the Breeches shows how the ideology of domesticity – about the domesticated wife and the husband breadwinner – created a system that made the wage the defining feature of work.

STRATEGY 2: READ ABOUT WORK IN THE CONTEXT OF MIGRATION

The movement against workplace oppression in the United States has been built by people who have crossed borders while fleeing political violence and economic exploitation.  The academic field of labor history has focused on activism among Jewish and Catholic Eastern and Southern Europeans who came to the U.S. after the Civil War.  There are many insightful books about that context.  Annelise Orleck’s classic Common Sense and a Little Fire shows how Jewish intellectual history, socialism, anarchism, and feminism helped young immigrant women build a social movement, and does so in a way that resonates with queer critiques of the economy and the family.  David Witwer’s Corruption and Reform in the Teamsters Union documents how neighborhoods and workplaces that immigrants built after the turn of the twentieth century shaped the CIO and the Teamsters, two of the most powerful labor organizations of the mid-twentieth century.  To expand the context of studying labor and migration, read about the western U.S.  Matt Garcia’s A World of its Own and Frank Barajas’ Curious Unions both show how the history of the southwestern border – and alliances between Mexican, Japanese, Filipino, and Chinese workers – shaped U.S. labor history.  Josephine Fowler’s Japanese and Chinese Immigrant Activists makes the radical political theories that crossed the Pacific Ocean in the 1930s the center of a narrative about immigrant work in the U.S.

STRATEGY 3: READ ABOUT WORK IN THE CONTEXT OF SEXUALITY

Work has long produced sexual discourse, with the social reformers of the late nineteenth century framing long days on the assembly line as a threat to conventional domesticity, and with the union leaders of the Cold War era arguing that collective bargaining created strong families by requiring companies to pay husband breadwinners a family wage.  Read texts that grapple with sexual complexity in the context of work, and that trace how workers have politicized sexual dissent in the context of labor activism.  Tera Hunter’s To ‘Joy my Freedom shows how African American domestic workers politicized pleasure in urban public space in the decades after the Civil War.  Nayan Shah’s Stranger Intimacy centers South Asian immigrant workers’ desires, and traces how queer kinship networks that crossed racial and gender boundaries shaped the work process in the early-twentieth century U.S. west.  Miriam Frank’s Out in the Union examines how workers have leveraged LGBTQ identity categories as tools to energize union activism.  Texts about recent history are a useful companion for the ideas raised in books about earlier periods.  Mireille Miller-Young’s A Taste for Brown Sugar – especially though its concept of “ho theory” – offers a particularly insightful analysis of marginal work and sex work at their intersection with Black women’s history.  Anne Balay’s Semi Queer is a case study of the trucking industry that links transgender and labor history, and that is a thought provoking companion to David Witwer’s above-mentioned book about transport unionism in an earlier era.

STRATEGY 4: READ ABOUT THE FUTURE OF WORK, NOT JUST THE PAST

Workplace activism always involves imagining a better future.  Therefore, texts that explore today’s workers’ ideas about the future can elucidate the alternative futures that workers imagined in the past.  Kathi Weeks’ The Problem with Work is a searing critique of work itself, and insists that the demand for less work – or no work – must be an organizing principle for today’s workplace activism.  To ground Weeks’ conceptual argument, read local-scale analysis of low-wage, temporary, contingent, and undocumented work in the contemporary period, as these forms of precarious work are the fastest growing sectors of the economy.  Javier Auyero’s edited volume Invisible in Austin and Jennifer Hamer’s Abandoned in the Heartland, a case study of East St. Louis in the twenty-first century, do this particularly well.  Reading about the future of the work process itself – especially via interdisciplinary fields such as science and technology studies – is also a productive way to re-think historical narratives about the work.  Jennifer Rhee’s The Robotic Imaginary is an example of a text that can help you do this.

STRATEGY 5: DON’T BE AFRAID TO USE RESOURCE BOOKS AND OVERVIEWS

The critical horizon of labor history is often lost in the details.  Therefore, it may actually help you read against the grain if you pick up a labor anthology or labor resource manual, for they can help you parse the details quickly.  Michael Evan Gold’s An Introduction to Labor Law is a particularly convenient source.  It walks the reader through all of the legal context for union organizing that grew out of the Wagner Act of 1935, and is broken up into easy-to-read, indexed sections that are a useful companion to any narrative about a labor dispute in the U.S.  Jeremy Brecher’s Strike! was originally published in 1972, and was revised and expanded in 2014.  It provides chronological case studies of strikes that have taken place since the eighteenth century, and clearly explains the ideas and the strategies at play in those strikes.  Fred Glass’ From Mission to Microchip is similar to Brecher’s work, but is set in California, and thus goes into far greater depth about labor activism among Asian Americans and Latinxs.  Glass’ work is particularly useful because it is divided into short chapters that address topics that are relevant far beyond the west coast.

Ryan Murphy is an Associate Professor of History and Women’s, Gender, and Sexuality Studies at Earlham College.  He is the author of Deregulating Desire: Flight Attendant Activism, Family Politics, and Workplace Justice.  Prior to becoming an activist, Ryan was a United Airlines flight attendant and activist in the Association of Flight Attendants, AFL-CIO.  He is currently at work on a new book, Teamsters’ Metropolis: Sexuality and the Labor Movement in Mid-Twentieth Century U.S. Cities.