Stonewall is a Sanctuary 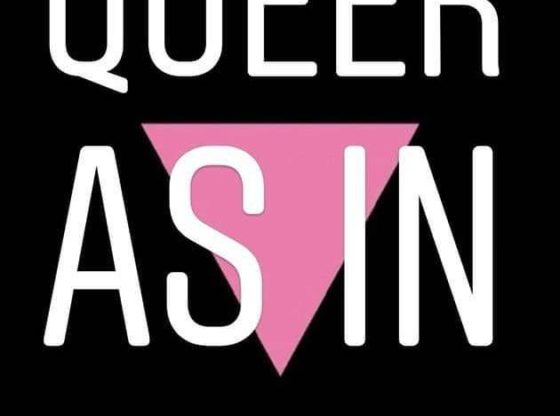 Celebrations last month — June 2019 — commemorated the strength, resilience, and power of LGBTQ people, as thousands honored the Stonewall rebellion of June 28, 1969. Fifty years ago, hundreds of lesbians, gays, bisexuals, transgender and gender non-conforming people, sex workers, street hustlers, and allies, of numerous ages, colors, and backgrounds, fought back after police raided the Stonewall Inn in New York City. They demanded an end to the habitual state violence, harassment, surveillance, and torment they and others experienced.

For some, the corporate saturation of pride has felt exhausting. But that exhaustion is but a part of the process. After all, Stonewall is a sanctuary for revolutionary change and for the upheaval of the status quo.

Stonewall was by no means the first or last battle cry for liberation. But it helped consolidate and mobilize a new radical movement that helped change the social, cultural, and political landscape in the United States and many other places.

It’s hard not to get emotional reflecting on all the people who have risked everything in this fight for social justice. We honor and take pride in that, and in the many victories we have won both before and after Stonewall.

Stonewall is many things, but it is not a bookend. It is neither a beginning nor an end. It is a constant that is not bound in time. It is a state of being. If we must bind it to some sense of chronology, it is perhaps best imagined as a future. Stonewall prepares us for where we must go.

Perhaps more than anything, Stonewall is a refuge. The Stonewall Inn and so many places like it before and after that raid represent the strength to barricade our fears, suffering, and loss. They are cordoned off, at least temporarily, so that we can build and lift up a community determined to fight against all forms of social injustice.

Stonewall proved dangerous to the powers that be; it was a powder keg of hope and promise. The police knew that, too. It’s why they raided it and so many places like it. These spaces have never been “safe,” per se. Rather, they are contested spaces where homes are built and plans for rebellion are made. That night in 1969, as LGBTQ people challenged the powers of authority and control, their claims to space also shifted. It was the police who barricaded themselves inside the Stonewall Inn fearful of the crowds united in anger, and it was LGBTQ people who took claim over the streets, the very space where the police believed they held dominion.

Stonewall is an ode to all the nameless, faceless, and disenfranchised. We will never know the names of most of all those in attendance that night, or the several nights of protest that followed. Nor will we know conclusively who sparked the rebellion, or the identities of all those who entered Stonewall or places like it knowing all-too-well that they risked everything—their livelihood, arrest, physical violence, family abandonment, among so many other things—in the name of finding sanctuary.

For example, much has been said over the validity of Sylvia Rivera’s claims that she was present that night of June 28, but to what end? The trans Latinx activist proved to be one of the most formidable and visible facilitators for social justice in the movement, especially among those most vulnerable in the community: people of color and transgender folks. Along with trans Black activist Marsha P. Johnson, Rivera created sanctuary for gender non-conforming people, street hustlers, and others in the form of providing housing and support through their organization STAR, or the Street Transvestite Action Revolutionaries. That is Stonewall. Any claim to the contrary is shortsighted.

The facelessness and the unknowable are indeed a part of Stonewall’s power. No revolution is brought on by an individual. It is a collective of forces, or people who cannot—and will not—sit back down. One does not ask the executioner for the permission to live. One finds a means of escape.

Stonewall means an end to state violence and fighting back against those who push us towards seeking sanctuary. Like many other literal and figurative refugees before and after him, Diego Viñales knew Stonewall meant asylum. Just a few months after the Stonewall raid, in March 1970, police raided another gay bar called the Snake Pit and arrested 167 people. This included Viñales, who had many reasons to fear the police and his arrest. Among them, he was in New York on an expired visa and, if arrested, subject to removal and deportation. Upon being taken into the police station, Viñales sought sanctuary and jumped out of a second-story window, impaling himself on an iron spike fence. As gay activists immediately argued: “Any way you look at it—that boy was PUSHED!! We are ALL being pushed.”

Stonewall, like taking sanctuary, is also never passive, and it means dismantling police brutality, anti-Blackness, transphobia and the patriarchy, militarized borders, family separation, as well as nationalism and xenophobia. It means the abolition of ICE as well as camps and detention centers holding migrants and asylum seekers in the false name of national security. It means closing down prisons that capitalize on the Jim Crow-like segregation of Black and Brown bodies. Indeed, Stonewall means ending the state’s torture and murder of Black people and demanding reparations. It means healthcare for all. It means doing away with the state’s regulation of women’s bodies and the state’s defense of corporate greed that permits profit schemes to make potentially life-saving drugs like Truvada inaccessible to those at highest risk of HIV transmission. It means valuing all families: our chosen families, families separated at the borders, and families of those behind bars left to fend for themselves.

Stonewall is acknowledging that sanctuary is not a final solution, but a means to an end. It is understanding that as long as sanctuary exists, we are not free. It’s part of what leftist and gay activist Carl Wittman meant when, a few months after the 1969 rebellion, he wrote his treatise that took aim at nationalism, militarism, class warfare, and patriarchy: Refugees from Amerika: A Gay Manifesto. Even more so, it is the driving force behind the Combahee River Collective 1974’s Black lesbian feminist theory: “we are actively committed to struggling against racial, sexual, heterosexual, and class oppression, and see as our particular task the development of integrated analysis and practice based upon the fact that the major systems of oppression are interlocking.”

Stonewall is ongoing. There are, certainly, many bricks left to be thrown, many marches left to attend, many chants to keep us on message. Lest we forget, one of the greatest challenges to any movement is keeping the momentum going. Exhaustion is real and can stifle even the most committed among us. Until we all are free, Stonewall remains our sanctuary.

Julio Capó, Jr. is associate professor of History and the Wolfsonian Public Humanities Laboratory at Florida International University in Miami. He is the author of the award-winning Welcome to Fairyland: Queer Miami before 1940 (UNC Press, 2017) and the curator of the Queer Miami: A History of LGBTQ Communities exhibition at HistoryMiami Museum. A former journalist, he has published in Time, Miami Herald, the Washington Post, and other media outlets.