The U.S. News Best College Rankings Are Not Excellent By Aaron Lecklider 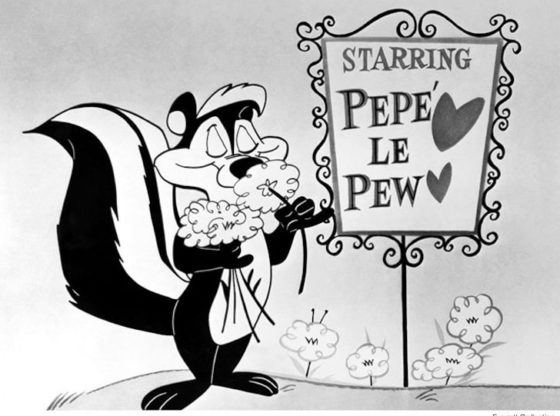 Once again, U.S. News & World Report has released its annual Best Colleges ranking. Now I don’t know about you, but I haven’t seen a copy of U.S. News & World Report since I was a young boy, which, let me assure you, was long enough ago that most of the things I remember from that time are now considered completely irrelevant and embarrassing relics from a distant past (see also: Pound Puppies). Yet here we are again, right here in 2019, poring over an overhyped listicle furnished by a moribund magazine that has zero reason to exist but has nonetheless presented us with a document that continues, incongruously, to provide some aura of being an august and sober ranking system based on a magical metric for establishing an objective notion of “quality” (or, as university administrators now prefer to call it, “excellence”).

The Washington Post boldly announces that Williams College and Princeton University “top” the rankings “yet again.” Quelle surprise, as the French say, and as the French majors at Williams and Princeton likely say to one another in flashes of whimsy when they text their parents to assure them that their investments in their futures remain absolutely worth tapping into their tax-free 529 college savings accounts. Professors sitting in their leather-and-oak offices also probably mention, casually, never showingly, how proud they are of their students, never themselves, for having captured the chimera of their ambition, creativity, and sweat equity. Meanwhile, the Boards of various Trustees at universities around the country are either exulting with gilded glasses of prosecco at their faithful and obedient managing of robust university endowments, or, in the cases of those colleges and universities finding themselves moving down in the rankings – merde! – seeking pots of money to move from, say, academic programs, into designated pools for hiring nerds who graduated from better universities to develop strategic plans for producing greater quality, I’m sorry, “excellence,” with fewer resources dedicated to those things, increased tenure lines for example, that might actually produce it.

Far be it from me to steal the sunshine of this glorious moment in the American academic calendar. I would never want to be the skunk at the garden party who points out that not only are these rankings elitist, self-congratulatory, arbitrary, and obvious, but also racist, classist, and profoundly capitalist. Of course I’m lying, as a graduate from a not-even-in-the-top-100 college is wont to do. I very much want to be that skunk. Je suis la moufette. So here is my polemic for why the US News rankings should be tossed into the recycling bin like the Pound Puppy that had to be thrown out when your parents discovered your basement was infested with black mold (or whatever).

One of the primary metrics of the US News rankings – 20%, in fact – is based on “expert opinion,” more commonly known as “peer pressure.” This involves university presidents and other personnel filling out questionnaires about other universities based on their excellence (I’m giving in). Imagine, if you will, a middle-school tween asked to assess other middle-school tweens. The job of a tween, like that of a university president, is to oscillate wildly between painful self-doubt (why doesn’t Johnny like me? It’s because I have a weak chin) and irritating, often disproportionate, self-confidence (my teachers are all stupid and Johnny’s chin isn’t as cute as he thinks it is), coupled with ambitious, sometimes quixotic, plans to facilitate self-improvement (if I hire a nerd to pull on my chin enough it will be rosier and more pronounced) and self-aggrandizement (if I take a selfie from this angle my chin looks super defined). Now imagine asking that same tween to assess other tweens. Will they actually assess other tweens, or will they evaluate other tweens in relation to Johnny? Will they actually evaluate Johnny, or will they evaluate themselves in the fun-house mirror that Johnny has installed in their bedroom? I think you know the answer. “Expert Opinion” is not a metric of anything other than where one sits or aspires to sit in the middle-school cafeteria.

It probably goes without saying that Johnny is also pretty wealthy. He has the best birthday parties, the most haute couture, and the most up-to-date cell phone loaded with bleeding-edge apps. The higher-ranking universities, like Johnny, are pretty well-endowed. While one might take this as a measure of success, we all know that Todd is way cooler than Johnny. He has a badass skateboard; a homemade tattoo inked from a BIC pen, needle, and lighter; and wears timeless Chuck Taylors that look like he isn’t even trying. I’m actually losing my thread here, so let me just be direct: the top-ranked universities have too much money, and producing ranking systems just fuels more money into them while diverting necessary resources from institutions that serve students from diverse backgrounds, many of whom are brilliant and hard-working, but, for reasons that everyone already knows, are generally excluded from the elite colleges and universities. Underfunded public universities offer amazing education (and faculty), but their unique qualities – diversity, community engagement, accessibility – are not prioritized in the rankings that otherwise value more capitalistic metrices. 10% of the US News ranking calculation is based on “Financial Resources.” So underfunded universities, many of which serve majority-minority students, enter with a disadvantage that puts them down in the rankings right out the gate, and this disadvantage is passed on to high-achieving students from lower incomes and marginalized racial and ethnic groups for whom access to financial resources is also limited. The French sociologist Pierre Bourdieu had a lot of fancy words for this, but we might just call it “structural inequality.” 5% of the ranking is further based on “alumni giving,” which basically excludes universities graduating working-class/poor students who might rather give their money to, say, family and loved ones who are struggling to survive these hyper-capitalist times, than to universities that already collected a fair amount of their livelihood for four years or so, or to paying off student loan debt interest that might, in some cases, exceed the principle.

Interestingly, US News simultaneously published a separate “social mobility” ranking that actually measures graduation rates of students on Pell Grants. #1 in this category is Williams, sorry, Monroe College in the Bronx – and five of the top ten are part of the CUNY system – but that’s not a story you’re likely to find in the New York Times. While those of us who somehow graduated with the help of our Pell Grants truly appreciate the U.S. News editors’ nobless oblige in offering a totally separate and disaggregated ranking for colleges actually doing one of the primary things that they are tasked with doing, this feels just a teensy bit patronizing when the same data comprises only 5% of the calculus used in the rankings that actually make headlines.

Finally, and one might argue most importantly, the U.S. News rankings measure many things, but they do not measure education. They attempt to make up for the insufficiency of their metrics to actually say anything about, you know, student learning by padding the rankings with data of varying usefulness, such as SAT/ACT scores that already have been shown to be racially biased (7.75% — ugh) and self-reported student-to-faculty ratio (1%, and please enjoy separating out research professors from graduate teaching assistants who actually teach the students). Factors that are not given any consideration in the rankings include the range of curricular offerings (for example, number of ethnic studies courses), critical thinking opportunities (for example, what actually happens in classrooms once students assume the learning position), diversity of students and faculty (for example, what are the odds a Black working-class student will be taught by a Black working-class professor, and vice-versa?), and support networks for queer students (Gordon College, for example, is ranked #164 in small liberal arts colleges, but I’d imagine it would fall further down on the list for the LGBTQ students who are prohibited from attending unless they agree to refrain from any homosexual “practice” while spending the prime of their youth on its woodsy campus).

I could go on, but it’s a beautiful day outside, and Pepé Le Pew really needs to go spend some time wandering in the woods after wasting too many hours rolling around in all this stink. There are more things to be said, but above all, I hope to puncture the myth that anyone alive doesn’t have something better to do than even glance at these rankings. Whether we take pride in our place on the list or look in despair at our low placement in the fourth tier, participating in a conversation about this ridiculous and problematic ranking system interpellates us in an ideology we should focus instead on resisting. Those of us who are professors can resist by focusing on our research, teaching, and mentoring rather than wallowing in status anxiety or putting more feathers in our tams. Prospective students can resist by selecting a university that is a good fit and making the most of their time there rather than trusting editors at U.S. News & World Report, which they’ve never heard of anyway. Families can resist by supporting students’ choices and options, even if it doesn’t make for top-shelf cocktail chatter among the Volvo set. It is somewhat cheering that only 43% of the 4,815 “experts” who were sent questionnaires used to make up the U.S. News rankings bothered sending them back. I hope that 0% of the population bothers mentioning this ranking the next time it is released.

Aaron Lecklider is associate professor and Department Chair of American Studies at the University of Massachusetts Boston. He is the author of Inventing the Egghead: The Battle over Brainpower in American Culture (University of Pennsylvania Press, 2013) and the forthcoming “Love’s Next Meeting: Homosexuality and the Left in American Culture” (University of Chicago Press). He has published articles in Slate, Salon, The Huffington Post, and other media outlets.

Forum 3.5 // #Microsyllabus: Immigration Enforcement and the U.S.-Mexico Border
“Thinking with Care” in the Archives of the early AIDS Crisis