Tribute to the scholarship of Amy Kaplan 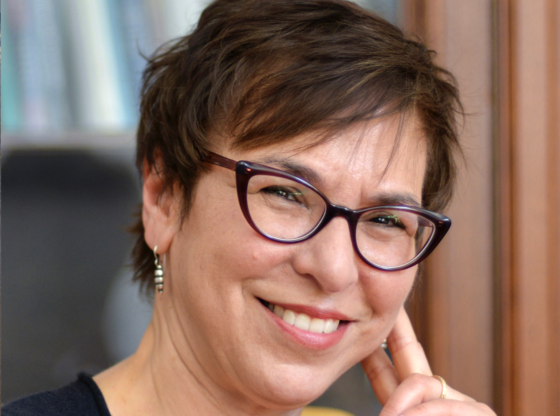 This post contains a preview of a forum published on H-Diplo to honor the work of Amy Kaplan. Please note that the text below are short excerpts from longer essays. You can read the forum in its entirety at H-Diplo.

Amy Kaplan, the Edward W. Kane Professor of English at the University of Pennsylvania and a past president of the American Studies Association, died on July 30, 2020, from brain cancer. H-Diplo organized this roundtable to reflect on Kaplan’s impact on the historical study of US foreign relations and of America and the world. Kaplan was a major figure in American studies from the late 1980s right up to now, and part of her transformative impact on that field is the way in which she helped to transnationalize American studies. However, her forceful intellectual work also influenced many who work in the fields of international history and the history of America and the world, and the contributors to this roundtable all account for these cross-disciplinary effects of her scholarship…

Concerning Kaplan’s numerous methodological and interpretive innovations, I can do little better than to recommend to readers the incisive essays by the other contributors to this roundtable. They will help many to appreciate the ways in which Kaplan’s work, beginning with her first book, The Social Construction of American Realism (1988)—which grew from her Ph.D. dissertation, completed at the Johns Hopkins University—through Cultures and on to Anarchy, opened intellectual pathways for historians and other scholars who wrestled with questions of US power amid the intellectual ascendancy of gender and racial analysis and of cultural studies (or, as historians often phrased it, the “linguistic turn” in the humanities and social sciences). Kaplan showed generations of scholars that there were new and important things to say yet about US empire….

Amy Kaplan made distinctive, powerful, highly generative contributions to knowledge. Their impact will continue. She was, however, an unusual scholar in more than these most conventional ways. She rose to the moment(s) that she met— intellectually, politically, personally—and her professionalism and her basic seriousness never faltered in the process. I thank all the roundtable participants for helping to describe her work’s significance and the personnel at H-Diplo for instigating the roundtable.

The publication of Cultures of United States Imperialism in 1993 made it easier to make the case for the value of my research on masculinity and policymaking because the title of the volume put a name to a nascent field and the subsequent pages thoroughly demonstrated the significance of this field. … Rejecting consensus approaches to national histories, Kaplan advocated for analyses attuned to the fissures of gender, race, ethnicity, and class. Rejecting the binary opposition between the foreign and domestic, Kaplan cited borderlands and ethnic studies scholarship as models for understanding the interconnections between internal and external colonization and the imperial constitution of seemingly national cultures. In advancing these points, the twenty-three essays in the volume also assert a more fundamental point: that the United States was less exceptional than empire-deniers liked to think; that its twentieth-century struggles against totalitarianism did not prove the anti-imperial case but rather, revealed additional aspects of US imperial reach.

Essay by A. Naomi Paik (University of Illinois, Chicago)

As we memorialize Kaplan’s passing, we are marking multiple macabre anniversaries: 9/11; the 2001 invasion of Afghanistan (and now, the disastrous withdrawal and Taliban takeover in 2021) and the launching of the permanent War on Terror; the opening of a global martial detention regime, including the Guantánamo camp in January 2002; the creation in 2003 of DHS (and the state-sponsored terror of ICE and CBP) and its massive surveillance, incarceration, and policing capacities….

Kaplan also reminded us that empire is contingent and full of fault-lines that we can pry open, not only to unveil or denounce it, but also to shift understandings of it so thoroughly that the dismantling of US empire becomes common sense, as necessary for a shared future. It takes discipline and work to maintain this hope, as abolitionist organizer Mariame Kaba argues. Kaplan steered us in this direction during a prior inflection point of this moment of crisis. It is on us to continue the work.

Among the many themes Amy Kaplan so brilliantly explored over the course of her scholarly career, I’d like to address the conceptual juxtapositions she discerned while critiquing U.S. policies toward the Middle East. By examining how certain ideas evoked their own opposites, Kaplan captured the suppleness and flexibility of ideologies underlying U.S. involvement in the region. These paradoxes emerged most vividly in her scrutiny of the discourses surrounding two broad subject areas: the U.S.–Israeli relationship in the decades since Israel’s founding, and the U.S. “Global War on Terror” launched after the attacks of September 11, 2001. An evident aim of such discourses has been to make disproportionate military action by both Israel and the United States seem morally justified and destined for success.